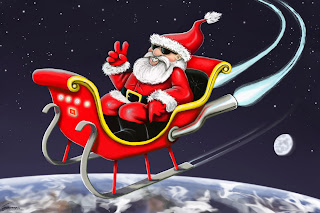 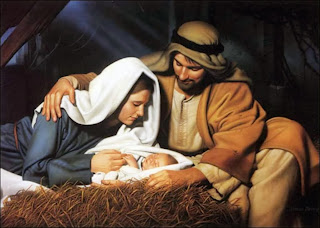 About a month ago, I posted a link to new Cosplay based on Margaret Weis and Tracy Hickman's Dragonlance series, specifically Kitiara Uth Matar and her dragon, Skie.  Well, the group Artyfakes have almost completed their masterpiece and plan to display to the world this January, 2014.  Here is a quick teaser of what is to come.  Enjoy.

Examining Them for Science and Science Fiction 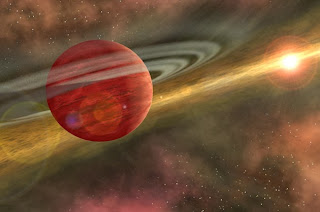 With all the news about recent planetary discoveries, I thought it was time for a post on the subject.  Exoplanets.  The topic to astrophysicists, astronomers, and science fiction enthusiasts often gets the same reaction.  Profound euphoria.  I liken to a child's discovery of a brand new pet that they just have to have.

I have worked with people at NASA, not just the scientists, but some who manage the  advanced computer systems used to process the data that satellites like Kepler and the Hubble Telescope produce.  It's exciting to listen to the buzz around such a group when rumors of a discovery of new world emerge.  A tech guy and a science fiction enthusiast, I find it just plain awesome.

To date, the Kepler satellite has documented about 3500 exoplanets and of those worlds, about 104 are considered somewhere in the habitable zone.  Now of course, that habitable zone has some strict boundaries.  We base it on the type of star, its radiation, the planets distance from its star, and the systems apparent age.   But we only base it on live as we understand it.  Life comparable to what we have here and it requires water, atmosphere, a variety of potential minerals, but also a likeness of size to Earth.  Why to do we say that.  Well, the larger the planet, the increased gravitational effect on the life that exists on that world.  If humans were to colonize a world in one of those zones, gravity has to be a concern.  The goal is find a planet less than twice as large as Earth, but that poses a problem.  We use Kepler and other planet detection technologies to detect transversals between us and that planet's star.  It's hard enough now to catch any planet on a transversal, let alone a small one.  Scientists also estimate that bout 20% of stars like Earth's have a planet that might be in that size range.  With more satellites looking, we can find them, but it's going to take time. 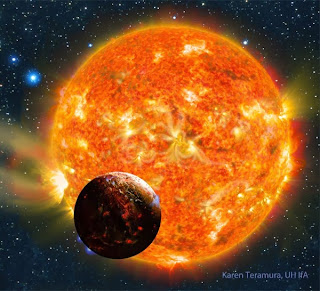 We have found a few Earth sized sized worlds. but not in the habitable zone.  Keplar 78b is located roughly 700 light years from Earth is about 20% larger than Earth, but its proximity to its star (about 40 times closer to its sun than Mercury) would make is a molten world.  It only has an 8.5 hr day.  Not viable at all, but it doesn't mean there might not be other worlds in that system we just haven't seen.

Some scientists believe the existence of Keplar 78b isn't possible, simply based on the data we know about its size and proximity.  But what about the other end of the spectrum?  Recently discovered HD 106906 b is about 300 light years from Earth in the constellation Crux.  This planet is huge and could be the result of a new world being formed from the debris of other worlds in its system.  Orbiting its star at 60 billion miles, it has the widest orbit of any recorded exoplanet thus far.  That orbit is over 650 times the current orbit of Earth.  The other crazy statistic about this world is its size.  It's about 11 times the size of Jupiter and estimates put its temperature at 1800 K.  Its very existence is challenging scientists' understanding of the formation of planets and other solar systems.

Now for the sci-fi part.  How can we use them in our stories, novels, and screen plays?  Well, the information is there.  Use it.  I find the best way to generate a good science fiction story is tp wrap it around the real science involved.  After that we can use our creative imaginations to take the next steps; put in the "what ifs".  So we have solar system dominated by planets that have no chance of supporting life as we know it.  But what about new life?  Life formed from other materials, like silicon instead of carbon.   They could be a crystalline life form designed to thrive in such an environment.  Or perhaps we have a planet in a habitable zone, but the gravity is way off the chart for humans.  Something else could live there and face it, if it made it to Earth it would be pretty darn strong after dealing with its home world's gravity.

I'm excited to continually read about our new discoveries out there in the black.  Personally, I would love to be one of the adventurers that travels to a new solar system and is part of a foundation for a human colony light years from home.  It probably won't happen in my lifetime.  I hope it does for my children, but for now we can look, listen, study, and above all imagine what's out there.
Posted by T.D. Wilson at 8:07 PM No comments:

If you haven't had a chance to cruise YouTube or IMDB, you may not have seen the latest trailer for Amazing Spiderman 2.  Marvel has several movies coming out next year and this one is set for May 2.  It looks awesome.  Going to be a fun year for movies.