The Next Generation of Speed 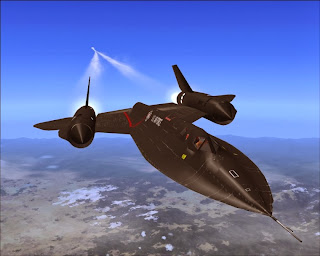 I was always fascinated about reading the stories of the SR-71 Blackbird.  It was THE coolest aircraft to talk about.  Made from titanium alloy plates, it leaked and really didn't look like a plane.  When it got to speed, the fuselage sealed up and it could outrun anything in the air. including its armaments.  It wasn't viable as a fighter, so the US Air Force made it a spy plane.

I saw one of the original test planes, the YF-12A at the US Air Force Museum in Dayton, Ohio.  It was really cool and they now have a decommissioned SR-71 in the Cold War exhibit.  If you ever get a chance, be sure to stop by and look at all the displays, including that one. 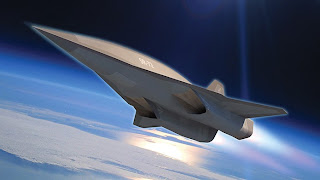 Now, the next generation of high speed aircraft is coming.  The SR-72 which is a concept aircraft from Lockheed Martin.  Here is a link to their information.  It uses turbine based combined propulsion.  It easier terms, its a turbine jet engine combined with a ramjet.  With the new ramjet that was tested on the HTV-2 hypersonic test vehicle, this new aircraft could go from near standstill to MACH 6 quite quickly.  Just hope the pilot can take it.

Anyway, here is the information:
Lockheed Martin SR-72
Posted by T.D. Wilson at 8:40 AM