My author interview series continues with a terrific creator of science fiction romance novels, fellow Carina Press author, Sheryl Nantus.  Sheryl recently released In the Black her first book in a new series called Tales from the Edge.  It's already received several fantastic reviews and it is a solid opening book for her series. 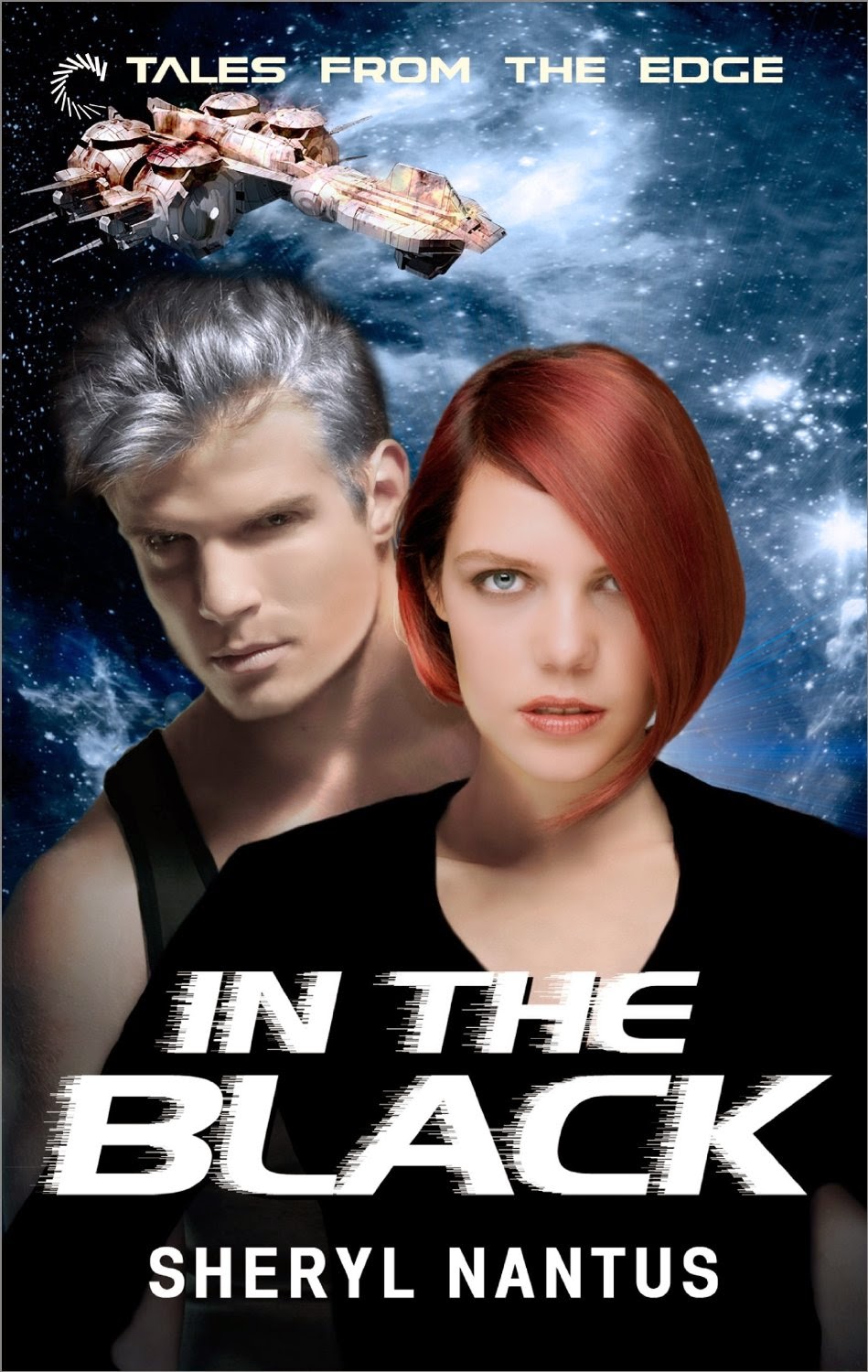 Now, lets get to the questions.

T.D. Wilson: Sheryl, what was your journey to become an author?  Was it something you always wanted to be?

Sheryl Nantus: I've been told by my mother that I was reading at the fine age of three. When my grandfather challenged this I promptly sat down with the comics page and read them to him. So I've always been a reader… and it was natural to move toward being a writer as I got older.


I really found my footing when I started writing fanfiction in the 1980's. I wrote well over 200 fanfics for X-Files and found my future husband when he wrote me a fan letter. So always answer your fan mail!

T.D. Wilson: I loved the X-files.  I liked Mulder, but all my friends loved talking about the Cigarette Smoking Man. Now, when you start a new novel project, what is your process?  Can you walk through how you plan or orchestrate what you’re about to create?

Sheryl Nantus: I usually come up with what I want accomplished by the end of the book and then work backwards. It sounds easy but it's not—for example, getting Sam and Daniel together by the end of In the Black while capturing the murderer and setting up future stories… it takes a lot of backtracking. And rewriting when I lose sight of the ending and have to refocus myself.

T.D. Wilson: What inspired you to write In the Black?

Sheryl Nantus: I've always been a fan of Firefly and specifically the courtesan character, Inara as well as an avid reader on geisha girls. I wondered how that would translate out into space travel as men (and women) were working out on the edge, alone in mining colonies where hooking up with someone else wasn't an option. In my world courtesans offer not only sexual favors but also the chance to sit and be comforted in safety and security, to work on your chess game and learn new skills in the privacy of the Bonnie Belle, the ship you see on the cover. And, of course, great sex if you want it.

T.D. Wilson: I loved Firefly and Inara had that exotic enchantment about her that was such a good contrast to Captain Reynolds.  Can you give us some background to your two main characters, Sam Keller and Marshall Daniel LeClair?

Sheryl Nantus: Sure! Sam Keller has recently taken command of the Bonnie Belle, a Guild Mercy ship. She's signed on for five years of basically being a babysitter with the ship's AI running itself. As a military vet she could have gone anywhere with her pension and her skills so it's a mystery why she's chosen five years of exile.

Daniel LeClair is a marshal's marshal. He's a by-the-book man who has law enforcement history going back generations—but sometimes he's a little too by-the-book. If he were willing to compromise his morals he might have a higher rank but for now he's running patrols out on the edge. Until he gets assigned to investigate a murder on Mercy ship and not only has to find the killer but deal with his attraction to the good captain.

T.D. Wilson: What are you working on now?

Sheryl Nantus: A few projects but I'm brainstorming for book four (yes! I said four!) in the series. Book three of Tales from the Edge is basically done but we'll see when it's ready to come out to the public. (hint: sales matter!)

T.D. Wilson: Who is your favorite author (or authors)?  Were they an inspiration for you in your writing?

Sheryl Nantus: Oh, goodness… there's so many. Kipling's Jungle Book for one, Ivanhoe, Lord of the Rings, The Hobbit… I read all genres. And all of them are inspirations because all of them had to be brave at one time and hand their work to the public and see what happened.

T.D. Wilson: I know.  I have difficulty sometimes really narrowing it down.  So what about this. If you wanted to go to dinner with five characters from fiction, who would it be and where would you go?

Sheryl Nantus: Ooh… Jo March from Little Women, Frodo from Lord of the Rings, Eve Dallas and Roarke from the In Death series and HP Lovecraft… but only because I hear Cthlulu is pretty stingy with the tips.

T.D. Wilson: That definitely sounds like a fun group.  Not sure where you should take them.  Hopefully someplace lite and public if Lovecraft is involved.  Next question and this is one I love to get different perspectives on. As an author, how do you handle reviews, both the good and the bad?

Sheryl Nantus: I love reviews. The good, the bad and the ugly. Because I'm happy as all get-out that someone took the time to WRITE a review, be it a good one or bad. Not everyone is going to like my writing and that's fine. Because we're all different and it'd be a darned boring world if we all enjoyed everything all the time.

But I do love good reviews.

T.D. Wilson: Excellent answer, Sheryl.  What activities do you enjoy outside of writing?

Sheryl Nantus: Gaming, for one. Every year my husband and I go to the Origins Game Fair in Columbus Ohio for almost a week of gaming and fun. D&D, board games, tabletop games… also always up for a game of Go!

I also enjoy reading, getting a good cuppa chai and watching kaiju films.

T.D. Wilson: I have been a gamer for years, but I haven't done much table top stuff in awhile. I used to frequent GenCon and Origins.  It's better now that Origins is in Columbus and GenCon in Indianapolis, but I still have to find time to go.  One of the last times I was at Origins, I met Mira Furlan and Richard Biggs from Bablyon 5.  It was really cool.  Okay.  Last question. If you had one quirk or distinctive trait about yourself, what would it be?

Sheryl Nantus: I'm Canadian. Therefore I'm not only overly polite but also adore my tea. Get between me and my tea at your peril…. but I'll be polite about it.

T.D. Wilson:  Sheryl, that's all the questions I have for you today and I want to thank you again for the interview.

Sheryl Nantus: Thanks.  It was fun.

T.D. Wilson: Be sure to check out Sheryl's latest book, In the Black, available as an ebook at all the major online retailers.

Sheryl Nantus was born in Montreal, Canada and grew up in Toronto, Canada. She met Martin Nantus through the online fanfiction community in 1993 and moved to the United States in 2000.
In 2011 she won two Second-Place Prism Awards from the Fantasy, Futuristic and Paranormal chapter of RWA. In 2013 she won a Third-Place Prism Award for the first book of her paranormal series, "Blood of the Pride"
Posted by T.D. Wilson at 11:32 AM