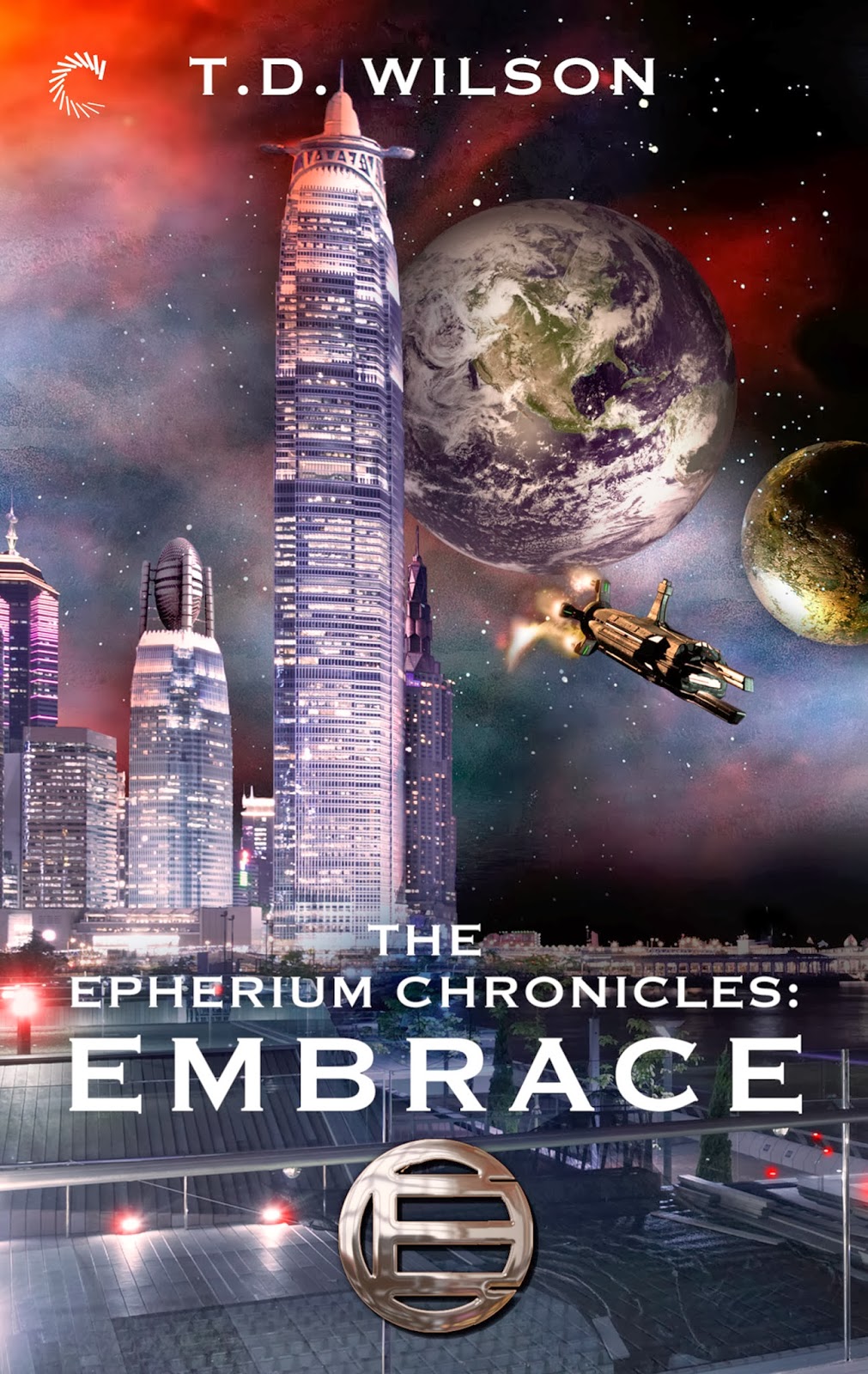 Every now and then you get a terrific review from someone that is a real treat to read.  The latest one for Embrace came from Barbara Sumpter on Goodreads.  To be recommended by her for fans of Alan Dean Foster is absolute thrill.  He is a terrific science fiction author.


4 of 5 stars
Recommended for: Fans of Alan Dean Foster
Read from August 03 to 27, 2014 — I own a copy
I like space opera. What is it about space opera that I find so appealing? It is very character-driven and dramatic. I want to feel emotions with the characters and I like feeling that need to know how the story will play out before I can turn out the light and go to bed. I want to pick up the sequel as soon as I finish each book and feel lost and adrift if I have come to the end of the series. Basically, that is what space opera means to me.

I enjoyed reading Embrace (the Epherium Chronicles #1). It has those elements that I like most about space opera. The human characters are well-developed, diverse and interesting. I think it must be difficult for science fiction authors to keep characters and relationships interesting without relying on aliens to spice things up like in a McCoy-versus-Spock-style interaction. Surprisingly, the crew of the Armstrong is all human. One human in particular does have special abilities but still, not an alien. From the beginning of the book I felt as though a movie were playing out in my head, which is very good. That is what a person should experience when reading a book. I could easily visualize the characters and everything that happened to them.

Military Science Fiction is not a good genre for me although I am often drawn to it in hopes of finding drama and characterization embedded in the endless battles. Embrace does have military conflict with its war with an alien race and the Earth Defense Force is a military organization, but war and battle does not overwhelm the story like it does in, for example, Steel World (BV Larson). Old Man’s War by John Scalzi is full of battle but the endearing qualities of Scalzi’s characters and their relationships made up the real story. I felt that the ships and weapons in Embrace are described only in as much detail as necessary to carry on the story. This is science fiction, after all. The conflict with the Cilik’ti provides an element of danger and another opportunity to understand the motives and back-stories of the individuals in the crew of the Armstrong as well as the corporate “suits” of Epherium. We gain understanding for why they behave the way they do and how they were brought together.

But here is the real treat: while we are looking for a surprise attack from the Cilik’ti as the Armstrong races to the colony, the author springs on us a surprise case of espionage, corporate greed, and even murder! That is precisely what I am looking for when I read space opera. It’s not just about aliens and space ships. There are some elements of the storytelling that are universal to any genre such as mayhem, greed, love and friendship, mystery. I am not going to spoil it by going into any more detail than that. I remember reading Outland by Alan Dean Foster (about 100 years ago) and thinking how clever to have an old west type of story, complete with sheriff and gunfight, that takes place in orbit around Jupiter’s moon Io. I hope the Epherium Chronicles continues in this vein taking the otherwise ordinary and putting it in a new setting.

As book one ends I was disappointed that the author leaves a few things touched on in early chapters but never seen or heard about again. I know that certain chapters were meant to introduce a sub-plot or side-story which will be brought back around I assume in a sequel but it felt rather brief and therefore difficult to connect to the rest of the book. I hope I don’t lose the thread before I start on book two.

Overall, however, I give Embrace four stars and l look forward to getting to know the crew of the Armstrong in the next book. T.D. Wilson will be on my list of authors to watch for.
Posted by T.D. Wilson at 8:34 PM