An Interview With Margaret Weis 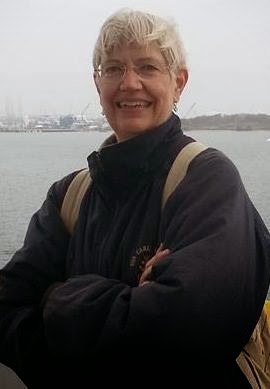 I have always been of a huge fan of the Dragonlance novels and the RPG game since the first day they appeared on the shelves at the bookstore.  In the early 1990s, my gaming group at Wright State University, The Adventurer's Guild, held our regional gaming convention.  One year, we invited Margaret Weis to be our special guest of honor.  The two day event concluded with a special charity event.  We auctioned off slots at a table to play a Dragonlance Kender adventure, with her as Tasselhof.  The entire event was a absolutely hilarious.  During her time at the convention, I had the privilege to escort Margaret around the convention and got the opportunity to talk with her about creating worlds, making fun and believable characters and, of course, dragons.  Each year after, I made it a priority to seek her out at the Gen Con Game Fair/Expo.  Whenever I bought something, she made certain I got it signed.  I still have the complete Death Gate Cycle collection that she literally thrust into my hands one year.  She pulled Tracy Hickman over to sign them as well.

Today, I am not as avid as I once was on the gaming scene, but I still read about everything Margaret publishes.  She is a living icon in the world of fantasy fiction and I was thrilled when she agreed to an author interview with me.

T.D. Wilson:  Many people don’t know how you got started in your author career before your work at TSR and the Dragonlance novels.  What path took you to that position as an author at TSR?

Margaret: The path was very long and serendipitous. I’ll be providing the story on the Dragonlance Legacy Facebook page. (https://www.facebook.com/dragonlancelegacy)

T.D. Wilson: You have a good mix of novels that are your works and collaborations with other authors.  Which do you prefer and how do collaborations in the writing world work?

Margaret: To me, its important when writers are collaborating for the work to have one voice. You don’t want the reader suddenly being disconcerted by the voice changing in mid chapter. In most collaborations, I work with my co author to design the world and create the story. Lots of time I share the writing, then I put everything into the same voice. 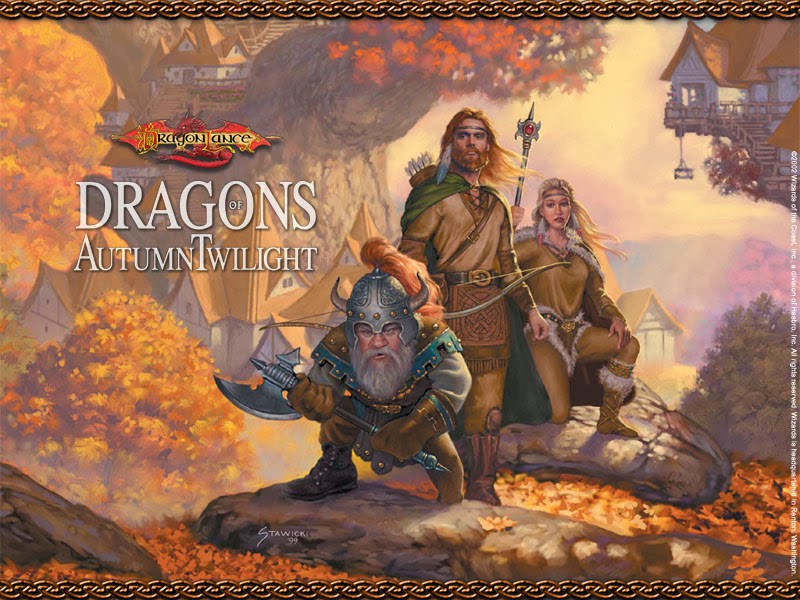 T.D. Wilson: For some of my readers who don't know, Dragonlance is entering its 30th anniversary year.  In the process of creating the characters for the story, Tracy Hickman said that he and his wife Laura brought Tanis, Laurana, and Kitiara, but Raistlin was all yours.  Explain your genesis of Raistlin and how you viewed him and his role in the series and the World of Krynn.

Margaret: Raistlin came about because I asked why Larry Elmore had painted him with golden skin and hourglass eyes. Larry’s answer: “Because it looked cool.” So I had to think of a reason Raistlin looked so different from his twin brother, Caramon. I asked myself if it must have something to do with his magic. That led me to the Test in the Tower and suddenly I understood Raistlin and his co-dependent relationship with Caramon. He became very real to me.

T.D. Wilson:  Seeing the pictures of Raistlin was an initial hook for me, too.  Reading about him, made him one my favorite characters. 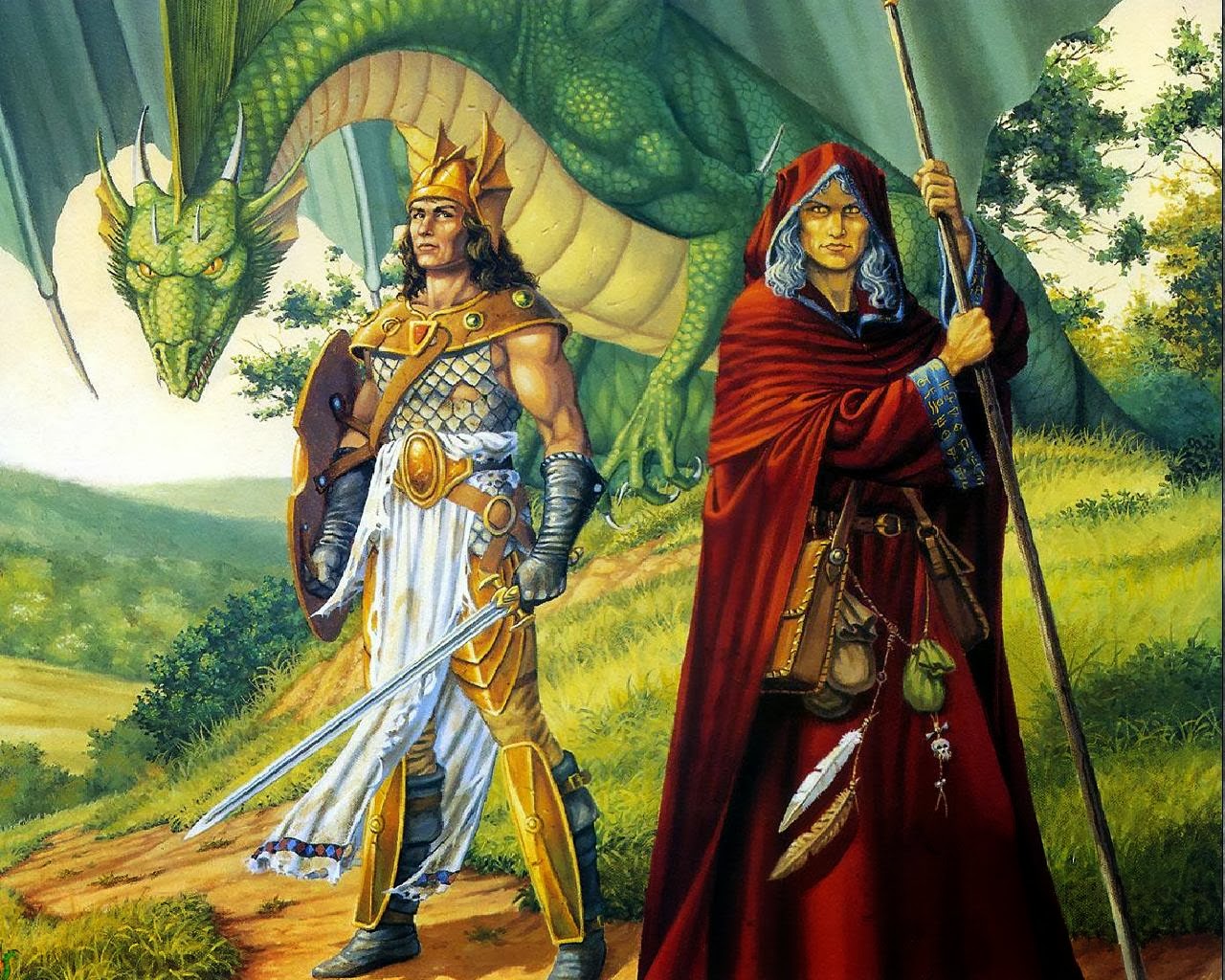 T.D. Wilson: Cosplay has been the new rave these past few years.  A group called Artyfakes has created a whole new cosplay for Kitiara and her dragon Skye from Dragonlance.  What do you think of their work and should you and Tracy Hickman do a photo shoot with them?

Margaret: I love them! I’d be glad to do a photo shoot!


T.D. Wilson:  Lets look at another character from Dragonlance.  I know you have a great fondness for Tasselholf.  Was he your character and if so, did you use him as a great comic offset to Raistlin and Flint?

Margaret: Tasslehoff was a combination of Harpo Marx and the child actress, Margaret O’Brien in the movie Meet Me in Saint Louis. She could tell the most outrageous lies with a look of utter innocence. Roger Moore added to Tas when he wrote the first short story about him.

T.D. Wilson: With the release of great fantasy movies based on The Lord of the Rings and The Hobbit, fans all over are dreaming of a series of Dragonlance movies.  I know there was an original animated movie for Dragons of Autumn Twilight, but if Wizards of the Coast decided to negotiate for a live action creation for Dragonlance, which would you prefer to see: a  major film trilogy, a TV/(or Web TV series), or a cable TV mini-series on let’s say Syfy Channel?  If it was created, what is your dream cast?

Margaret: I know so little about today’s actors, I wouldn’t know where to start. Though I’d like David Tennant as Raistlin.

T.D. Wilson: He would be a great choice.  He was my favorite of the Doctors, from Doctor Who, with Matt Smith a very close second.  I think Benedict Cumberbatch (Sherlock and Khan from Star Trek: Into Darkness) or Tom Hiddleston (Loki from the Thor movies and Avengers) would also do nicely in that role.

Outside of the Dragonlance original novels, what novel or story have been your favorite to create and who was your most admired character? 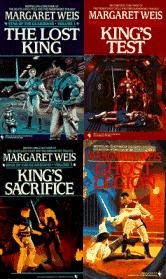 Margaret: My favorite series is always the one I’m working on. Now that would Dragon Brigade. My most admired character is Lady Maigrey from the Star of the Guardians.

T.D. Wilson: Your current series is the Dragon Brigade, with the latest novel, Storm Riders, released July 2013.  What has it been like creating this new fantasy world and is there a third  book planned for the series? 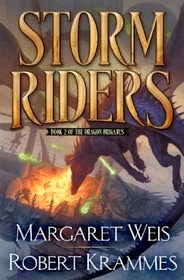 Margaret: We are working on the third book, The Seventh Sigil. Not sure where it is going from here. It’s been a lot of fun working on this series, which is not your standard fantasy world! (Although it does have dragons!)

T.D. Wilson: Finally, in your spare time you and your team of Shelties are Flyball champions.  What is the sport of flyball and how can we follow your championship team?

Margaret: You can follow our team at the Facebook page: BC Boomerangs. As for flyball, it is a relay race for dogs. You see videos of our if you go to YouTube and type in BC Boomerangs. I race a border collie, Dixie, and two Shelties, Joey the Thug and Clancy the Hooligan.

T.D. Wilson:  Margaret, I love following the antics of your dogs and the competitions.  I have a few friends who have Shelties and they are a riot.  Well, that's all the questions I have for you.  I really want to thank you again for taking time to do this interview.  I hope we can do this again in the near future after your fabulous photo shoot with Artyfakes or at the premiere of the first Dragonlance motion picture.
.

Margaret Weis was born and raised in Independence, Missouri. She attended the University of Missouri, Columbia, graduating in 1970 with a BA degree in Literature and Creative Writing. In 1983, she  moved to Lake Geneva, Wisconsin, to take a job as book editor at TSR, Inc., producers of the DUNGEONS & DRAGONS® role-playing game.

At TSR, Weis became part of the DRAGONLANCE® design team. Created by Tracy Hickman, the Dragonlance world has continued to intrigue fans of both the novel and the game for generations. Hickman and Weis wrote the first of many fantasty novels, the DRAGONLANCE CHRONICLES, which are still in print after almost thirty years. The books have sold over twenty million copies world wide. The first novel,  Dragons of Autumn Twlight, was made into an animated film from Paramount Pictures

Weis is the author/co-author of several other New York Times best-selling series, including DARKSWORD, ROSE OF THE PROHET, STAR OF THE GUARDIANS, THE DEATHGATE CYCLE, DRAGONSHIPS. Her new series, with author, Robert Krammes, THE DRAGON BRIGADE, is being published by Tor Books.

Weis lives in Wisconsin with four dogs, Max, Dixie, Joey the Thug and Clancy the Hooligan. Weis and her dogs, Dixie and Joey and Clancy, enjoy competing in flyball tournaments with their team, the BC Boomerangs.
Posted by T.D. Wilson at 2:17 PM