Even in this new fall season of television, two new shows already have some good news.

The first show is already becoming a favorite of mine.  Sleepy Hollow has been renewed for season 2.  I love Tom Mison as Ichabod Crane.  Nichole Beharie brings some real life to the Abbie Mills character and both actors complement each other well.  The entire setting, backstory, and Crane's 18th century knowledge, to me, is what makes this show a hit. 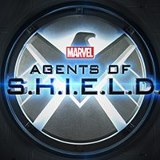 The second show I want to mention is Marvel Agents of S.H.I.E.L.D.  Marvel Agents of S.H.I.E.L.D has been picked up for the full 22 episode season.  I really want to see it succeed.  The series has picked up some momentum in the last few episodes, but we need to see more overarching stories and recurring villains (even some big ones) to make it viable.  That will help it tremendously.  I also think this show can be a real launching pad for the new members of the Avengers set to make appearances in the next movie.