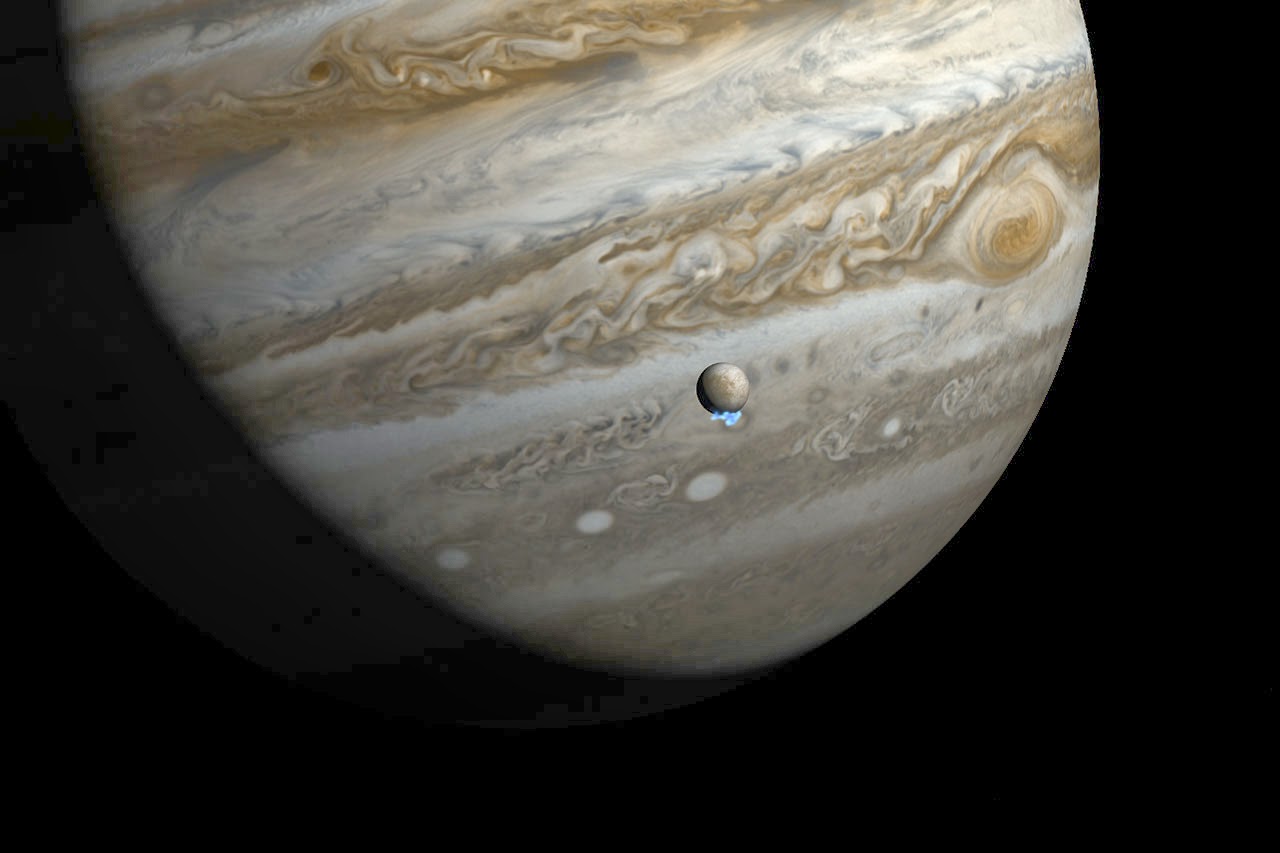 Back in December 2013, the Hubble telescope capture water vapor venting from Europa, a moon around Jupiter we already know is covered in ice.  The water is expelled around its south pole as gravimetric pressures force cracks in the region and suspected hidden lakes under its frozen surface expel water vapor. 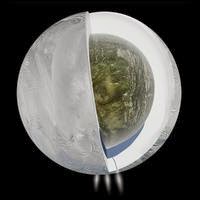 Now what could this mean?  Could there be life there?  It's possible we could discover alien microbes living in the ocean on Enceladus and evidence based on the type of water vapor detected by Cassini supports that.  The other benefit of the discovery is the potential for humanity to use these moons as targets for colonization.  The temperatures there are still quite, cold, but with water present, life can be sustained and oxygen generated for potential domed environments.

Now how did Cassini detect this?  Well, the Cassini spacecraft passed by Enceladus 19 times and measure trajectory of the moon and using a signal back to the Deep Space Network monitored variances in the gravity field were recorded.  Based the data, NASA has determine that the large ocean is roughly six miles deep and about 19 to 25 miles below the surface.

So what does this mean for us science fiction fans?  Well it gives even more creative ways to use our solar system or mirrors of it in other solar systems or galaxies.  I myself have begun to wonder if we should start work on the next The Thing horror movie based on an ice planet.  These moons could be a treasure of ideas for alien life in movies and literature.  Europa Report was a good example of a using the frozen ice on the moon of Jupiter.  I've already woven some of the underground water concept into my series, The Epherium Chronicles, as a basis for terraforming.  Space has offered us so many possibilities beyond just what we see, but what we can imagine.  What's your next great adventure?  Even if you don't want to watch a movie or read a book, go online and look up some of the spectacular images we've taken of the worlds still in in our solar system.  Thinking about what we could accomplish out there has enough adventure to last billions of lifetimes.  We just to have to take the step to enjoy it.
Posted by T.D. Wilson at 8:44 PM